Paths (not) to get lost down

What once were disused or unfinished railway lines are today 2,400 kilometres of paths recovered for active leisure, which offer a different way to get to know Spain’s natural, cultural and industrial heritage.

The construction of a mining railway in Burgos at the end of the 19th century soon proved to be an economic failure, but the works led to the discovery of what are now considered some of Europe’s most important archaeological sites: the Sierra de Atapuerca sites (03). A significant part of the old railway trenches have since 2004 been used as a ‘greenway’: a nature path that is signalled, equipped, closed to motorised traffic and conditioned for use by walkers and cyclists. Its 54 kilometres are part of a network of nature paths which, under the registered trademark ‘Vías Verdes’, currently includes 117 routes around all of Spain and more than 2,400 kilometres of track; another 200 are to be added to this by the end of 2016. Each and every one of these routes is built on old, disused railway lines, which in practice means that their layout and gradients make them suitable for all kinds of users, including children, elderly people and people with reduced mobility. When the programme was launched 23 years ago, Spain had 7,600 kilometres of track that was out of service, a third of which has now been recuperated for this new use.

FROM NORTH TO SOUTH

Following the different greenways, visitors are able to enjoy the country’s great variety of natural landscapes and settings both inland and on the coast. For example, the Pas routes in Cantabria, or the Basque and Navarran routes of Bidasoa, Plazaola, or the Basque–Navarre railway (01) (86.2 km) cut across some of the most emblematic landscapes in northern Spain, with lush Atlantic beech and oak forests.

The Piquillo greenway and its continuation through Paseo Itsaslur, between Ontón in Cantabria and Muskiz in Biscay, is a unique route totalling just over 4 kilometres, which follows cliffs (there are plenty of fences) offering spectacular views of the coast. On the Mediterranean coast, there are routes from Catalonia (the Girona greenway network, totalling 125 kilometres) to Levante, such as the Ojos Negros paths (02) running between Castellón and Valencia, an old, 160-kilometre mining route; or the Noroeste greenway in Murcia (76 km). Even the island of Mallorca has a greenway, the Manacor-Artá route (29 km), which is connected by a cycle path to the Cala Millor beach.

Andalusia has one of Spain’s longest greenways, the 128-kilometre Aceite route, which crosses Córdoba and Jaén through a landscape of olive groves. Inland, paths which are noteworthy for their length (at around 50 kilometres) are the greenways of Alcaraz in Albacete, La Jara in Toledo, Tajuña in Madrid and Eresma in Segovia. The latter also offers the attractive bonus of a visit to the monumental combination of the city of Segovia and its Roman aqueduct, a World Heritage site. However, this is not the only greenway that is close to a city of tourist interest: the 2.75-kilometre Itálica route allows a visit to Sevilla; the Santander–Mediterráneo railway route (14 km) approaches Burgos and its cathedral, a jewel of Spanish gothic architecture; the Oliver–Valdefierro
Corridor route (2.6 km) passes the city of Zaragoza; and in Catalonia, the Carrilet route reaches its terminus in the old town of Girona.

Those who prefer to submerge themselves in history can visit medieval castles like the Valencia de Don Juan in León (Esla greenway, 11 km), the Bélmez castle in Córdoba (La Maquinilla greenway, 8 km) or the Biar castle (04) in Alicante (Xixarra greenway). On the Eo greenway (12 km), which runs between Asturias and Galicia, visitors can find prehistoric forts and dolmens; and on Huelva’s Molinos de Agua route (33.2 km), there are mines and the remains of Roman roads and megalithic monuments like the Dolmen de Soto. On the Pas greenway, it is worth highlighting the prehistoric caves of Puente Viesgo; and in the town of Baza in Granada, on the Baza greenway, there is a group of historical monuments and an archaeological museum with Iberian remains.

The Iberian fauna is another natural treasure put in users’ reach by the greenways. Vultures can be observed from the Préjano greenway in La Rioja and the Sierra greenway in Cádiz, for example. On the La Jara greenway (06) is Spain’s oldest recuperation centre for birds of prey; and the Casa del Oso (‘House of the Bear’, 05) (Senda del Oso greenway) located in Proaza, Asturias, is dedicated to the conservation of the Cantabrian brown bear.

MORE THAN A MILLION USERS

The Vías Verdes programme in Spain, which has more than a million users per year, has received a multitude of awards, including several from the UN and another from the World Tourism Organization. The Ministry of Agriculture, Food and Environment is the main investor in the programme, with the Spanish Railways Foundation (FFE) taking responsibility for coordination and promotion with the support of Adif, the State railway infrastructure administrator. The programme also benefits from the collaboration of local and regional governments and various citizens’ collectives. New routes are planned for 2016, such as the old Santander–Mediterráneo, Baeza–Utiel, Vía de la Plata (Plasencia–Astorga railway) and Guadix–Almendricos railway lines.

All routes are described in detail at the website viasverdes.com. The site also offers maps, travel guides and alerts for possible incidents, and there are also pages on social networks (more than 30,000 followers on Facebook and over 3,500 on Twitter) and a YouTube channel, ‘Vive la vía’.
Tags: Cultural heritageFFEGreenwaysIberian faunaNatural heritageRailway linesUN

Back from the brink 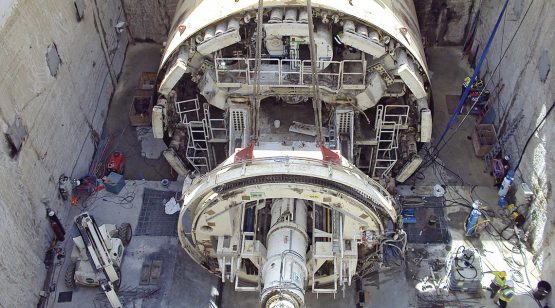