Routes to the future

With 4.9 million inhabitants and an annual growth rate of more than 4%, over the last three decades, Costa Rica has managed to diversify its economy, based on tourism, services and exports. To ensure that growth does not stop, the country is striving to modernise its transport infrastructure. Roads and ports are critical, and Ineco, in partnership with Acciona, is managing an infrastructure design programme known as the PIT for the Ministry of Public Works and Transport (MOPT), slated to run until 2020. 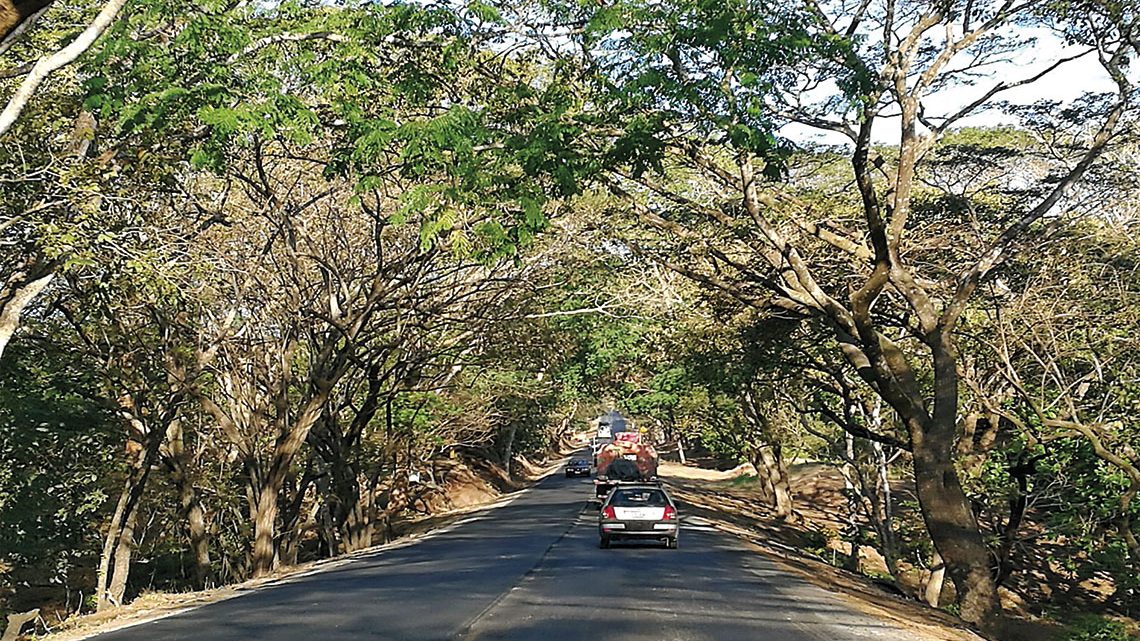 Over the last decade, Costa Rica has undertaken several action plans to improve its transport infrastructure, an objective with which Ineco has been collaborating since 2004 with work that has included a modernisation plan for the airport network, a National Transport Plan and a feasibility study for the implementation of a rail transport system in the metropolitan area of the capital, San José (see ITRANSPORTE 50).

Improvement programmes for all transport networks continue, and the Ministry of Public Works and Transport is now working on a new one, known as the Transportation Infrastructure Programme (PIT), financed by two loans from the Inter-American Development Bank (IDB) to the tune of 450 million dollars. To carry out all administrative, technical and environmental management of the projects, the Ministry, in collaboration with the IDB, issued an international call for tenders which was won by a consortium formed by Ineco and Acciona. Since mid-2016, the consortium has been responsible for the comprehensive management of the programme, which includes infrastructure projects of strategic importance for roads and ports which will complete and provide continuity to previous ones.

This is the case with the design of the upgrading and widening to four lanes of three stretches of the RN-1 Northern Inter-American Highway between the towns of Cañas and Barranca. This section is part of the Inter-American Highway, which is the name for the Central American section of the Pan-American Highway, an extremely long network of roads measuring 48,000 kilometres in total that runs the entire length of the continent from Alaska to Ushuaia in Argentina. The Costa Rican section of this road is of great importance for the internal mobility of people and goods. It crosses the entire country in two large sections, known as the Northern and Southern Inter-American Highways, and the PIT includes several design projects aimed at different points along this important road.

Since 2004, Ineco has collaborated on several programmes to improve Costa Rica’s transport infrastructure

In terms of the Northern Inter-American Highway, the plan is to widen approximately 70 kilometres of road to four lanes on the Cañas-Limonal, Limonal-San Gerardo and San Gerardo-Barranca stretches. Also included is the construction of hard shoulders, pavements and pedestrian crossings in populated areas, crossings for wildlife and bicycle lanes. The MOPT, with the support of consortium staff, has met with the residents of the area to inform them about the projects, hear their questions and suggestions and promote road safety measures. This action will provide continuity to another one that started in 2016 on the 50.5-kilometre stretch between Cañas and Liberia, which was widened to four lanes in a previous programme, also financed by the IDB. At the other end of the road, on the Southern Inter-American Highway, the PIT includes another important project: the upgrading and widening to four lanes of the 93-kilometre stretch between Palmar Norte and Paso Canoas. 75% of the international trade between Costa Rica and Panama passes through this city of approximately 11,000 inhabitants, with half of the city belonging to each country. The location of the border here means that road traffic of people and goods in both directions is intense: according to the MOPT’s 2017 figures, an average of 7,297 vehicles pass through this point every day. In this case, the Ministry also met with those affected by the project.

The programme includes projects for road upgrades and widening in other parts of the territory as well, such as the 40.7-kilometre stretch between Birmania (Upala) and Santa Cecilia and La Cruz (Guanacaste) in the north. The works include improvement and adaptation of the stretch, including resurfacing, the installation of hard shoulders, drains, new bridges, improvements in road signs and installation of bus stops on the section between Birmania and Santa Cecilia; and the upgrading and/or widening to two lanes of the bridges on the road between Santa Cecilia and La Cruz, all on the RN-4. The designs are currently being finalised.

In the centre of the country, the PIT is considering designs for two interchanges (links), namely those in La Lima and Taras, located at the entrances to Cartago, Costa Rica’s second largest city and an important industrial zone, dedicated above all to the technological sector and the manufacture of medical supplies. Freight transport activities and proximity to the capital, located only 24 kilometres away, cause congestion in this area, which the new links would alleviate. THE INECO-ACCIONA TEAM. The team performs ‘programme execution unit’ tasks and is responsible for the planning and monitoring of all technical and administrative work.

To the west of the capital is the Nicoya Peninsula and the Gulf of Nicoya. In one of the countries of the world with the greatest biodiversity, this sparsely populated area has two national parks and a large number of nature reserves for wildlife and other protected areas, as well as beaches and islands of great scenic and natural beauty which attract tourism. The PIT includes two design projects that would improve both land and maritime connections on the peninsula: the upgrading of the 25-kilometre RN-160 road that joins the towns of Playa Naranjo and Paquera and improvement of the facilities of the ferry terminals located in both communities. The design includes resurfacing and improvement of the geometry of the road by reducing the steepest gradients. Drains, wildlife crossings, three new bridges and a bicycle lane are also planned. In the towns, the plan is to build pavements and adapt the characteristics of the road to the urban setting with facilities such as pedestrian crossings and bus lay-bys.

Maritime transport is also essential for Costa Rica in terms of goods: the PIT includes projects for  upgrading and reinforcing the breakwater in Puerto Caldera, the most important port on the Costa Rican Pacific coast and the second largest in the country; in 2016, 5.5 million tons of goods, mainly grain, fertiliser, raw materials and flour, passed through it in bulk and in containers. It is also the main entry point for importing vehicles from Asia. It is connected to San José by Route 27, a 90-kilometre toll road managed by a concession company since 2006.

The PIT includes plans for upgrading and reinforcing the breakwater in Puerto Caldera, the most important port on the Costa Rican Pacific coast and the second largest in the country

This action will join a series of modernisation and widening works not included in the PIT which will expand the current capacity and reduce vessel waiting times. All of this needs to be included in the Pacific Coast Master Plan, which is also part of the PIT. Another one of the tasks of the consortium as the “execution unit” of the PIT is social management, which involves, for example, organising meetings with owners and residents, both to inform them about the projects and to hear their petitions and suggestions. These meetings also emphasize another very important aspect: road safety.

The internal operation of the programme is governed by the principles of the Project Management Institute, and progress is monitored continuously using a  series of applications of the Programme Execution Plan (PEP).

Design projects for other sections

To carry out the aforementioned projects, a multitude of additional tasks need to be carried out, such as the commissioning of road safety audits, financial audits, specific consultancies, road managers, works inspections, etc., which, in turn, are managed and supervised by the Programme Execution Unit. In a mountainous territory measuring only 51,000 km2, reduced land distances and difficult terrain mean that road transport is preferred over the railway. The road network has increased in the last 10 years by 7,470 kilometres, reaching more than 42,800, of which around 8,000 kilometres are state owned and the rest regional (cantons). Congestion, road accidents and the need to improve facilities and maintenance are the main problems, as set out in the 2015-2018 National Development Plan. Periodic reports, such as that by the National Laboratory of Materials and Structural Models (Lanamme), part of the University of Costa Rica, in 2017,  reveal that, although the situation of the road network as a whole has improved, only 7.8% is in good condition and 42.5% (2,170 kilometres) is ‘poor’.

At the same time, the geographical situation of Costa Rica in the Central American Isthmus, with coasts on two oceans, means that its ports are of great importance, particularly for exports. The country has two main ports: Caldera, on the Pacific, and Limón-Moín, on the Caribbean. The latter’s main business is goods traffic, especially agricultural –bananas, pineapples, coffee, etc.– and cruises. The positive evolution of the economy, which grew from 3.7% in 2015 to 4.1% in 2016, has increased the demand for port services, which is why facilities need to be expanded and improved in order to prevent delays. The country has other ports such as Puntarenas (fishing and cruises), which has a cabotage service between the towns of Paquera and Playa Naranjo on the Nicoya Peninsula. Other important ports are Quepos and Punta Morales on the Pacific. 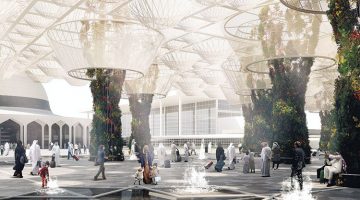