What makes the Bergara Junction so complex?

A network of three tunnels consisting of a total of 5 tubes and 22 evacuation galleries excavated in a karst massif, a tunnel mouth over 40 metres high shared by three tunnels in a slope traversed by a geological fault and the presence of a protected species under a viaduct are just a few of the technical, geological and environmental challenges faced by the construction teams of the Bergara railway junction. It is a crucial project that will make it possible to split the high-speed line to connect the centre of the Iberian Peninsula to the three provincial capitals of the Basque Country and to France. 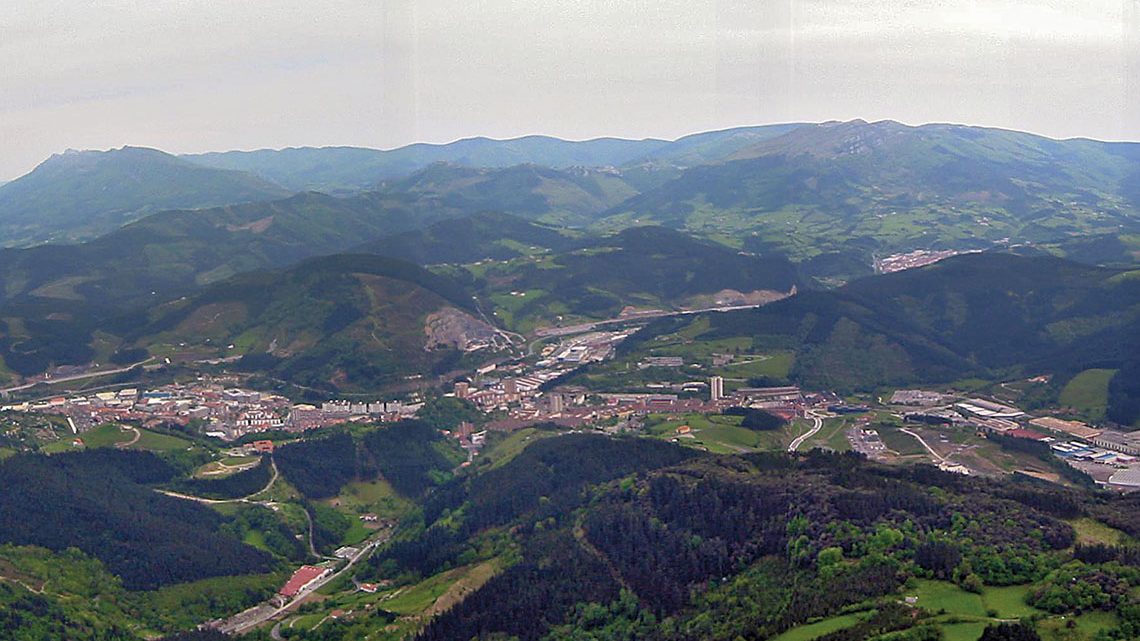 With a length of 21.2 kilometres, the Bergara Junction is a stretch of the ‘Basque Y’ that runs through the municipalities of Arrasate (pictured), Elorrio and Bergara, and traverses part of the Udalaitz karst massif, an area with highly complex geology. / PHOTO_UDALATXETIK IMAMON (FLICKR)

This is a key project and the most complex one that Adif Alta Velocidad faces in the entire ‘Basque Y’ network, with Ineco carrying out the construction projects in collaboration with Basque railway company ETS. The result is a set of optimised projects in which the layout design of this network of railway tunnels was finally resolved with the decision to divide it into three sectors instead of the initial four.

UDALAITZ TUNNEL. Part of the geomechanical profile of the Udalaitz Tunnel (Sector 2).

The Ministry of Public Works plans to complete this high-speed line, which connects the centre and southeast of the Iberian Peninsula via Madrid to the Basque Country and France, in 2023. Last July, the contract was awarded for the last of the three stretches that make up the Bergara junction, which covers 21.2 kilometres and is dominated by tunnels and viaducts where the three branches that link the cities of Vitoria, Bilbao and San Sebastián meet. In total, 14.8 kilometres of single-track and 3.6 kilometres of double-track tunnel have been designed. The tunnels will be excavated using conventional methods with four points of attack.

The Bergara Junction, with construction projects prepared by Ineco, is the most complex project that Adif Alta Velocidad must undertake in the entire ‘Basque Y’ network

All of the sectors have been designed for mixed traffic, with a maximum speed of 220 km/h and minimum speed of 90 km/h. To allow the tunnels to operate, each one has been designed with an independent drainage system for the collection of hazardous substances and contaminants. The project also includes all of the necessary safety measures, including 22 evacuation galleries between tunnels, as well as walls, drains, environmental integration, areas for ancillary facilities, repositioning of rights of way and affected services, inert waste dump and any other actions necessary for execution. After the works have been completed, the land will be restored to its original state. The project is co-financed by the Connect Europe Facility (CEF) and the European Investment Bank (EIB).

The drafting of the projects involved optimisation of previous construction projects:

The three projects and their basic elements

According to the plans, this stretch includes three tunnels (Udalaitz East, Udalaitz West and Kortazar double-track), a viaduct (Arantostei), two walls and the Angiozar artificial tunnel. The total length of the stretch is 5.14 kilometres (double-track equivalent). It consists of two single-track branches called the Mondragón-Bergara West and Mondragón-Bergara East lines, and a double-track branch called the Elorrio-Bergara line, 2.73, 2.69 and 2.42 kilometres long, respectively. The 3 branches are marked in blue in the image.

The tunnels will be excavated using conventional methods starting from the Angiozar tunnel mouth, which represents one of the most complex aspects of the project because it is shared by the three tubes, is very high (40 m) and has a geological fault running through it.

This section is made up of two lines and runs entirely through the municipalities of Mondragón and Bergara in Guipúzcoa, and Elorrio in Vizcaya. The total length of the stretch is 5.24 kilometres (double-track equivalent). The section is one of the two in which the Mondragón-Bergara route has been divided and it will contain four tunnels (Karraskain and Udalaitz West and East, respectively) and two viaducts (Kobate West and East).

Given the length of the tunnels, a cavern has been designed with an intermediate shaft to reduce tunnelling times.

The tunnels in this sector will be excavated in the Udalaitz limestone massif and will feature voids and caves joined by karst conduits which could reach dimensions of several metres. These were key aspects that were taken into account in the design of the tunnels, especially when choosing the excavation method, drainage design, special treatments and health and safety during construction. One of the unique aspects of this section is the need to design a section of tunnels with sealed lining and a system to relieve the water pressure.

This section is laid out from west to east and runs through the municipalities of Elorrio and Bergara in the provinces of Vizcaya and Guipúzcoa, respectively. With a total length of 2.82 km, the section includes a double-track tunnel (Kortazar) with the corresponding evacuation gallery to the exterior and two consecutive viaducts at the tunnel exit.

CRUCIAL CONNECTION FOR THE ‘BASQUE Y’

The Bergara interchanges connects the three ‘arms’ of the ‘Basque Y’, with 50% running through tunnels, 10% on viaducts, and the remaining 20% above ground. The viaduct and the European mink

The Kortazar viaduct, located in sector 3, consists of a continuous beam deck made from pre-stressed concrete and embedded into two V-shaped piles that act as fixed points. The project is the result of a study of several configurations that needed to take into account the impact of the central piles on both the N-636 road below and the habitat of a colony of European mink. In the image, the longitudinal cross-section of the Kortazar viaduct.

Previous Article From Castilla to the Cantabrian Sea 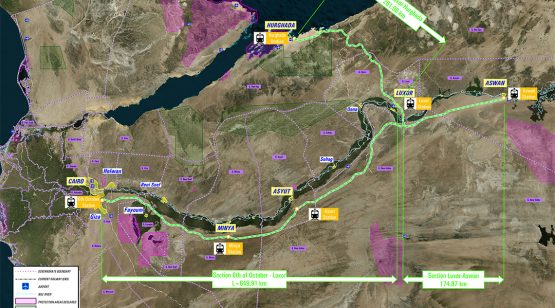 Under the Eye of Ra